The Rise of American Fencing

This book will take you on a journey along with American fencing from the beginnings in the times of the Founding Fathers, all the way through the lackluster first decades of American competition in the Olympic Games, and on to today where American fencing stands poised to build on its success and become a major player on the world stage.

It’s been a complicated road for the United States, one that’s intertwined with world politics and changing social structures. The American story is one of immigration and tenacity.

Noticing the change is one thing, understanding why it happened is another.

Available on Amazon in Kindle and paperback formats. 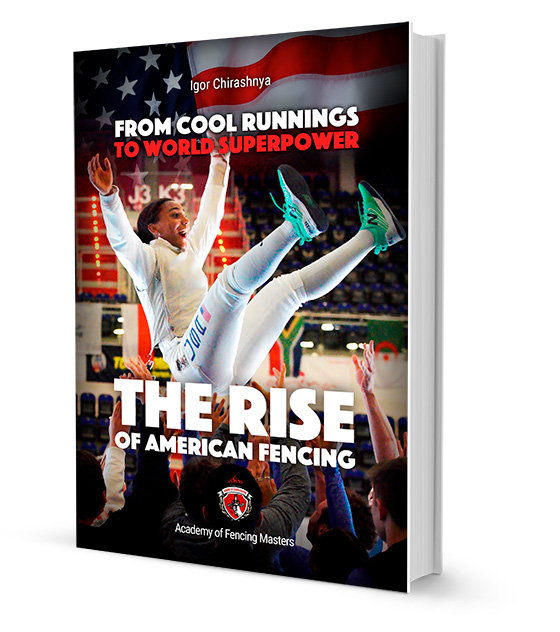